Check out this feature from the CBC NB web site noting the humble beginnings of CFNB, 100 years ago. 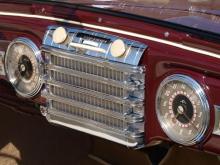 It’s an almost universal experience: People get in the car and turn on their favorite music. But the first car radio wasn’t sold until Chevrolet offered one as an option in 1922. And at first, radios in cars weren’t a popular feature. In 1930, laws were proposed in Massachusetts and Missouri that would ban automobile radios, and a poll in 1934 found that 56% of people thought car radios were a dangerous distraction.