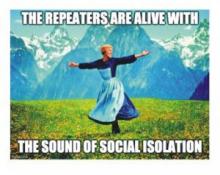 FREDERICTON (GNB) – The provincial government today declared a state of emergency under section 12 of the Emergency Measures Act to enhance measures to help contain the spread of COVID-19 (the novel coronavirus). “The health and well-being of every New Brunswicker must remain our number one priority,” said Premier Blaine Higgs. “With the support of the of the chief medical officer of health, and with the support of the all-party cabinet committee, we are taking this extraordinary measure to provided greater assistance to the health-care sector fighting the spread of COVID-19 in the province.”

A new repeater has been added to the IRG repeater system:  VE9GLA (Grand Lake) with frequency of 145.190 (minus offset).  The repeater is located on Hardwood Ridge, and is operational as of December 19, 2019.  If anyone has any signal or coverage reports to pass along, send us an e-mail via the contact form

At this time, the repeater is a stand-alone repeater, but will be added into one of the existing zones in a future reconfiguration of the IRG zone system. 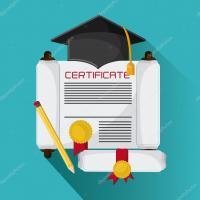 According to Brent Peterson (VE9EX), “Ten amateur radio exams were passed today (January 17, 2019) at the University of New Brunswick, one advanced, five basic with honours, and four basic, bringing the cumulative number passed to 143 since June 20, 2010.

Congratulations to the VE9UNB club and VE9EX for the fine work helping new amateurs obtain their qualification.  We look forward to hearing the new amateurs on the air soon!

Congratulations to IRG member and past president Allan K. Thurber (VE1RG) on being recognized with an Emergency Management Exemplary Service Award.   Federal/Provincial and Territorial Ministers recognize the work being done across Canada to prevent, prepare for, respond to and recover from emergencies and disasters.  The award ceremony was held on May 24 in Ottawa, attended by nominees and was addressed by The Honourable Ralph Goodale, Minister of Public Safety and Emergency Preparedness.

A test exercise of the New Brunswick health facility radio system that took place on Wednesday, November 29, 2017 was a great success.

New Brunswick Amateur Radio operators proved they were ready to get the message through “when all else fails” during the recent telephone outage.

On Friday August 4, 2017, Bell and other telephone carriers experienced a widespread failure of the telephone network in Atlantic Canada. Service was interrupted to many cellular and landline telephone customers and to many mobile radio services, including portions of the trunked mobile radio system (TMR) used by Ambulance New Brunswick and other public services.

Congratulations to Trent Mitchell VE9EN of Fredericton on being awarded one of the Radio Amateurs of Canada Scholarships! Here is an excerpt from the RAC announcement - and be sure to check out the YouTube video of Trent's first contact -- on the IRG!

The annual meeting of the IRG was held in Doaktown on Sunday, April 26, 2015 and was attended by about 30 members and guests.  Here are some highlights of the meeting:

At the request of the Environment Canada's Atlantic Storm Prediction Centre (ASPC), CANWARN New Brunswick was activated on Sunday, February 15, 2015. Blizzard warnings, Storm Surge warnings and Winter Storm watches had been issued for all parts of the Province, and snow began in western regions late on Saturday night and intensified with strong winds through the day, creating white-out conditions and heavy blowing, drifting snow which continued into the night and during Monday in eastern regions.
Subscribe to News